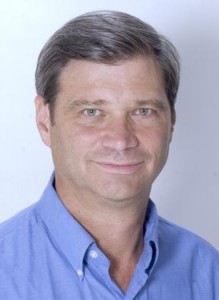 Robert Robb became an editorial columnist for The Arizona Republic in July 1999. The Wall Street Journal has called him the “dean of Arizona political journalists.”

Before joining The Arizona Republic, Robb wrote and commented frequently on public policy and politics for the Republic and other media. For several years, he did a weekly commentary for the “Horizon” program on Phoenix’s public television station.

Robb still appears frequently on local television and radio and has been a guest on PBS’s The NewsHour, MSNBC, BBC Worldwide, CNN’s American Morning, C-Span and several shows on Fox News. He has also been published by the Wall Street Journal, Washington Post, RealClearPolitics.com, USA Today and other Gannett newspapers around the country.

Robb served as a judge for the Pulitzer Prize in 2013 and 2014. In 2015, he placed second in the Bastiat Prize, an international competition for economic writing sponsored by the Reason Foundation.

In 2000, Robb was a media fellow with the Hoover Institution. In 2009, he was awarded a fellowship for study in Japan by the Foreign Press Center Japan.

Before becoming a journalist, Robb served on the executive committees and boards of directors for the Phoenix Zoo, the Phoenix Chamber of Commerce, and the Goldwater Institute for Public Policy Research.

Robb graduated in 1976 with a degree in political science from Occidental College in Los Angeles.